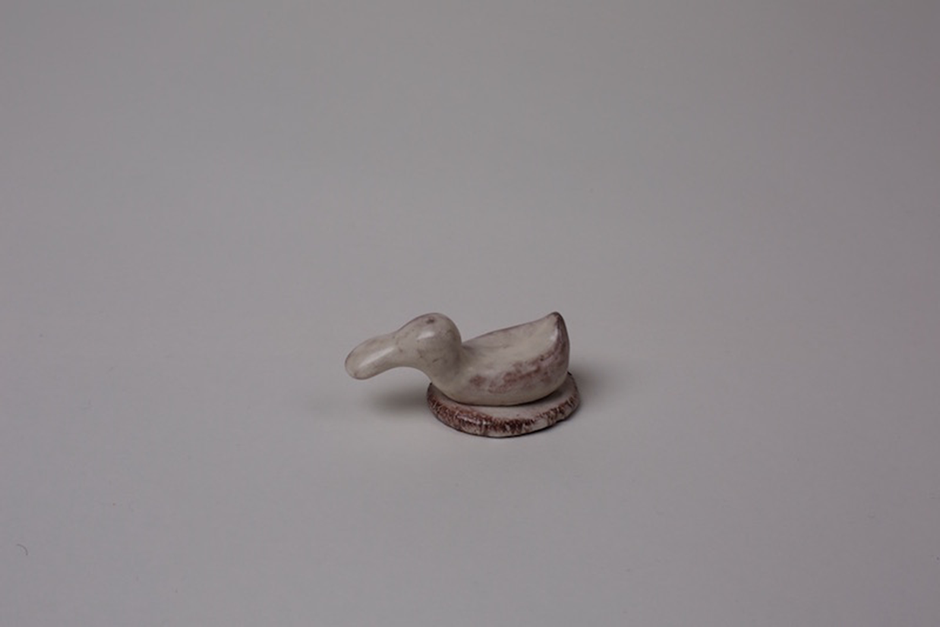 1918
Born in Higashiyama, Kyoto City, Kyoto as the first son of Issou Yagi.
1937
Graduated from the Faculty of Sculpture, Kyoto Municipal Arts, and Crafts school
Became a trainee at the institution of potteries and ceramics in Shoukou province, China and he studied under Kazumasa Numata
1939
Drafted by Osaka 8th infantry. He was sent to South Guangdong, but he came back because of the sickness
1940
Discharged from the sub soldier.
1943
Worked as a teacher of crafts at Kobe Municipal Chuuguu primary school and as an assistant professor at the second Ritsumeikan secondly school.
1946
Left the job to concentrate on pottery
Participated in the establishment of the youth potters group with Kiyoshi Nakajima as a leader
Won the prize at the 2nd NITTEN for the first time
1948
Established “Soudeisha” with Hikaru Yamada and Osamu Suzuki
Became a contract worker for Shichisai craft in Kyoto, created mannequins
1952
Got married to Toshiko Takagi, dyer
Took part in the discussion of modern art
1954
Displayed “Mr. Samsa” at the personal exhibition
1957
Appointed to a part-time professor at the Faculty of Sculpture, Kyoto Municipal Arts, and Crafts school
1959
“Vase, iron inlay” received the Grand Prix at the 2nd of the International pottery exhibition (Ostend)
1962
“Epitaph, Queen” won the grand prix at the 3rd of the International pottery exhibition (Prague)
1965
Was selected to a traveling exhibition “Japanese new paintings and sculptures” (San Francisco, Denver e New York and eight other countries in total)
“A memory of snow” has been owned by the Museum of Modern Art, New York
1971
Became a professor at the Department of pottery, the Faculty of fine arts at the Kyoto Municipal Fine arts university
Designed the medals of the winter Olympics
1973
Won the Grand Prix at the Japan ceramic society.
1978
Hold a personal exhibition “Kazuo Yagi Memorial 60” (Isetan Shinjuku, Tokyo)
1979
Died of cardiac arrest (Aged 60)

In 1918, he was born in Gojozaka, Kiyomizu, Kyoto as the first son of a potter, Issou Yagi. When he was graduated from primary school, he entered to the Faculty of Sculpture, Kyoto Municipal Arts, and Crafts school, studying a wide range of arts. His father was familiar with Sou-era and he taught Yagi that until he would be able to draw the body provided the basic, nothing would begin in the design field. His father’s lesson has become his lifetime goal even later there would be a feud between them. After the graduation, he became a trainee at the institution of potteries and ceramics in Shoukou province, China

At the time, starting to study under Kazumasa Numata, a trainee, he joined the Japan Ceramic Arts Association. Learning ceramic sculpture under Numata, he displayed his work at the first exhibition of the association in January. However, in the same year, he was drafted to Osaka 8th infantry as a recruit in May. He was sent to South Guangdong in August, but he got pneumonia in September. After staying a hospital there, he came back to Japan. Ryotarou Shiba, a writer who was a friend of Yagi, said that an experience of eating rice with an aluminum pot made him strongly be aware of the ceramic arts.

Discharged from the army, he began to work as an assistant professor at the second Ritsumeikan junior high school. Sending his life as a teacher, he left the job in 1946 after the war deciding to concentrate on pottery. He established “Soudeisha”, a pottery group, with Hikaru Yamada and Osamu Suzuki leading the action of new pottery. In the beginning, their artworks had a new sense inspired by foreign arts but gradually they made the objective works excluding practical terms had become their mainstream.

The expression he had desired was figuring out his own genuine heart in 3D shape escaping from meaning and terms of the shape of pots such as storing stuff and putting flowers. It was the birth of avant-garde ceramic arts -sometimes it blocks a mouth of pots. Furthermore, it was the criticism on the skills lacked its substances of traditional Kyo-ware potters including his father. Indeed, his father hated his son’s works and he refused to fire at the same kiln. “Mr. Samsa”: an abnormal work which motif was “The Metamorphosis” by Kafka won loads of prizes in international exhibitions all over the world as it has been an incident in the history of ceramic art today. However, it drew many backslashes in Japan and it did not receive an appropriate reputation for a long time.

Yagi was one of the avant-garde ceramic artists, but he had a fundamental knowledge of old works, his skills were so great as to impress many critics and colleagues. Moreover, his knowledge of classic literature and arts history and the unexpectable way of living made the first-grade cultural and educated people at the day love him and call him “the Genius”. Shiba, who was one of a person of that, said that Yagi was a genius because he had never copied someone. As he honestly had faced his sadness and loneliness keeping expressing them, his works could deeply approach our hearts.